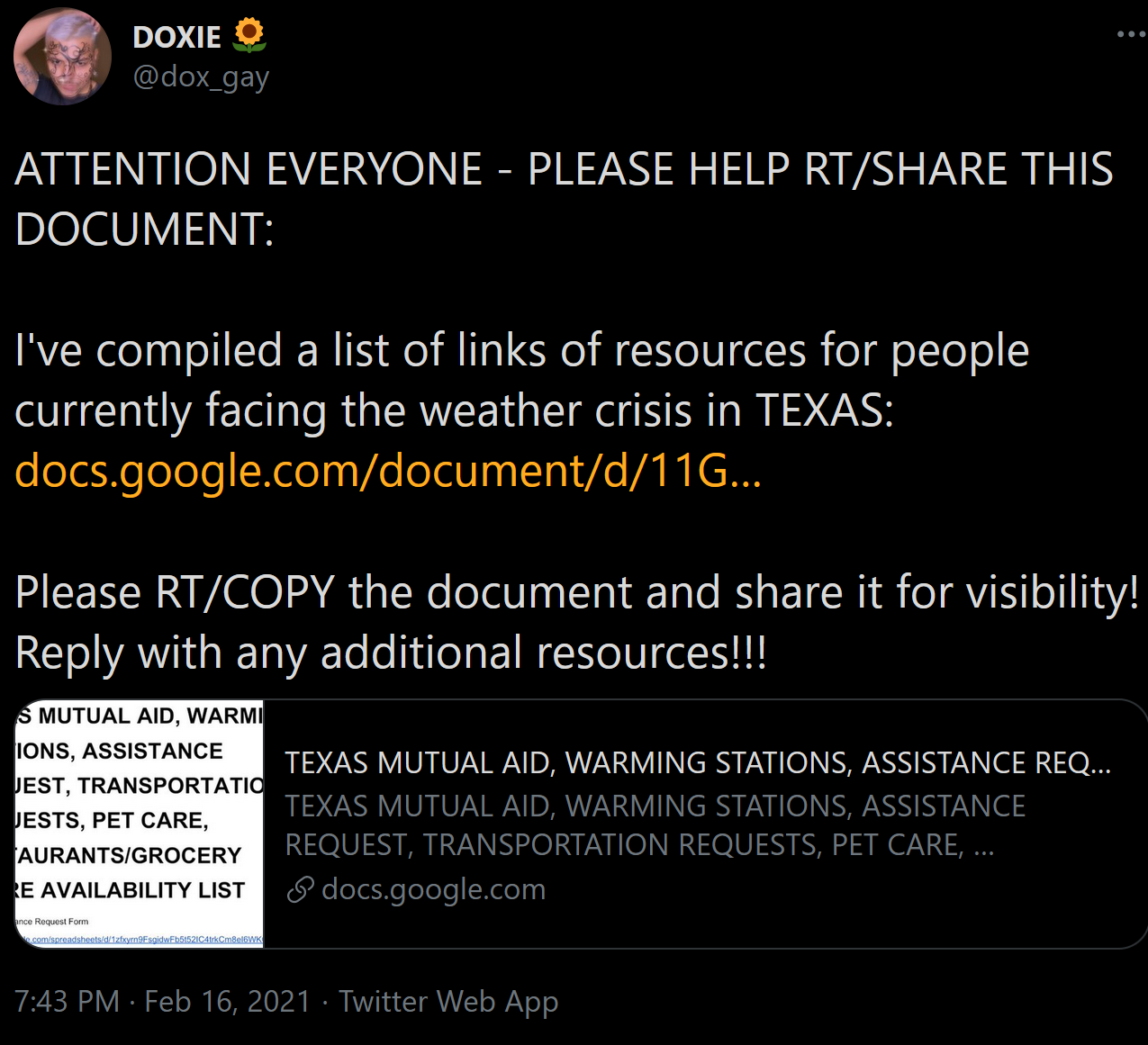 This is my personal OC Zero Blackfire<333 I've had this bad boy since I was 10 LOL, he's really special to me. Usually he has 3 forms, but I generally only draw his human and wolf one. I need to completely redesign his third.

Posting these from newest to oldest, but these are all still more recent stuff of him.. you can find a whole bunch more art of him in my DA folder here: https://www.deviantart.com/sirkoday/gallery/73097229/zero-blackfire

I also made a Carrd for him so you can learn more on him! (It's kinda messy tho lmao, for now): https://zero-blackfire.carrd.co/

(More info in the 'read more')

Is there possibly a way to post pics on this site side by side, instead of a long scroll, so I don't spam people? I feel like I'd bother ppl doing these big long cluster posts lol

I'd appreciate it so much if you respected the above ^^^, more than you realize! <3

i went tryhard on drawing ocs rip (will upload those later)

shoutout to hoozuki for still napping like a possessed contortionist

Finally, after all these years.. I finished.. Thanks for tagging me @skarosian!

I'm tagging @draya @beefox @quiptart and anyone else who wants to have a go!

Hey, I wanna follow more people now that the new update is out and I'm on here more. Please boost and share your blogs for me to check out?

heya! new artimesian notes finally done! im a bit slow with making new ones so thank you for waiting!

Artimesian antennas work as an extension of the senses! Kind of like a secondary pair of ears, capable of picking up touch, air currents/changes, heat, vibrations, some taste, and especially smells or hormones!

Aside from giving them a keen idea on their surroundings they also help them keep track of their position while in flight. The presence of other artimesians, and scent markings and territories.

So a very good friend of mine is moving out within the week to what's hopefully a better environment for them. However, money is tight and any extra cash they can make for bills would mean the world- they're also trying to get more buyers for their commissions and art sales after not having much luck in the past.

If you could buy a commission from them, or even just help by reblogging/spreading this around, that would be a huge help! It would mean a lot to them as well as me!

here's the link to the original Deviantart post!
https://www.deviantart.com/chaiiwolfe/art/Commission-Prices-2021-868691238

Thank you so much for any reblogs/purchases/etc, and thank you for reading!

On January 23d, massive protests occurred in more than a hundred cities and towns of Russia. Thousands of people went in the streets, fully knowing that it's illegal, to protest Putin's regime and demand freedom for Alexey Navalny, where they were met with the police forces armed with rubber bats. Hundreds of people were arrested, despite the fact that the protests were overwhelmingly peaceful.

UPDATE: NAVALNY WAS SENTENCED TO 2,8 YEARS IN PRISON. Most politologists suggest he will be getting more and more prison time in the future based on other fabricated cases against him.

What are people angry about?

Putin has been president in Russia from the year 2000 to this day, with a brief break from 2008 to 2012, when he was Russia's Prime Minister and Dmitri Medvedev was president. The Constitution Amendments introduced in 2020 included the one which allows him to stay in power for two more presidential terms. Right now, Russia is filled with legal adults who haven't seen anyone except Putin in power for their entire lives, and a lot of them think it's time for a change**. Older generations, however, are skeptical about how someone else in power might bring a positive change to the country, since Putin is considered a "strong political figure", and the quality of life in Russia was significantly worse before Putin. That might partially explain why Putin manages to get the majority of the votes with every election, however, Kremlin critics present many cases of falsification on said elections, and the elections often aren't viewed as "fair" by foreign observers.

Russian people have many other issues with the current government:

The reason for the protest was connected to the issues Russian people are facing in general, but are also linked to Alexey Navalny's arrest. Protesters demand the government to free him.

Who is Alexey Navalny?

Alexey Navalny is a Russian oppositioner, politician (tried to run for Moscow mayor and for President, both times unsuccessfully), and one of the most vocal critics of Putin and his party. On his youtube channel, Alexey and his team are publishing their own investigations about corruption among politicians and the government, which included a film about former president Dimitry Medvedev (mentioned earlier) which has allegedly lowered his rating of approval and lead to him not applying for the second presidency.

Why is Navalny in prison?

For more detailed information on the topic, I would suggest this video (in English) and also this video (in Russian). To put it shortly, after Navalny was poisoned in August 2020 by what foreign experts agree was a nerve agent called Novichok (lit. "newbie" ), which would link the poisoning to Russian secret forces, he was transported to Germany for emergency treatment. While being treated there, he was accused by the Federal Penitentiary Service (FSIN) of violation of his suspended jail sentence he faced back in for Yves Rocher case (European Human Rights Court has decided he was wrongfully convicted on this case by the way), because he didn't return to Russia in time. After Navalny recovered and returned to Russia, he was immediately arrested.

Now, let me be perfectly clear, I don't stand by Alexey Navalny's political program, because I haven't read it and didn't expect much of it. Not a lot of Russians can say that they stand by everything he says and does. But this entire situation obviously looks disturbing and incredibly unfair, to say the least, to most Russian people. It is seen as another example of Kremlin violently silencing its critics, that's why it has resonated with Russians. However, another thing that resonated even more, both in Russia and across the world, was the video about "Putin's palace".

Shortly after Navalny's arrival in Russia, his team has published a video titled "Palace for Putin - a story of the biggest bribe". It's 1.5 hours long, and it blew up on the internet both in Russia and outside Russia, currently having 80+ billion views on YouTube. This video is a documentary about a palace complex built near Gelendzhik, Russia, on the coast of the Black Sea, which has allegedly cost a hundred billion roubles ($1.35 billion) to build. The documentary claims this palace belongs to Vladimir Putin, despite, obviously, not being officially registered on him. The documentary also provides the plan of the palace and reconstruction of luxurious inner space, highlighting the details such as a toilet cleaner brush, which is worth 700 euros. Most Russians, struggling to survive on their minimum wage day by day, were understandably enraged by this luxury. At the end of the video, Navalny asked Russian citizens to protest on 23d of January and to "not be afraid".

So how did it go?

Here's a bunch of facts I've heard on the news and from people and cannot currently provide sources for:

A lot of people went to the streets, making the protest, according to sources which I can't find, the biggest protest in the last decade or so. For a lot of protesters, it was their first protest, but most likely not the last one. The protests weren't coordinated. Most people didn't have any slogans with them, but some carried toilet cleaner brushes. People in northern cities like Yakutsk have been protesting despite it being -50 C outside. In big cities, people have been arrested in batches, pretty randomly, not because of their specific actions or slogans. It's possible that some of the arrested people will face criminal charges and up to five years of prison time. However, in some cities, the arrest number was low. In Chita, the police people even refused to act against the protesters.

More information about the protest and police is most likely currently available on international news sources.

The new protest date was announced by Navalny's team, which is December 31st.

update: Lots of people were arrested on both protests. On 31st, the police was much more active and violent. People were also arrested at Feb. 2nd, as they got out of the house to go to the place where Navalny's trial was held. The prisons were full, so they held the arrested in the cars for 4+ hours. Human rights were violated these days.

Were you at the protest?

I will not share any information about me or anyone I know attending any protests. However, I am happy to inform you that my family and friends are safe.

How can I support Russian protesters?

ovd-info.org is an organization that provides relevant statistics on arrests and aims to get the lawyers to help all the arrested. OVD-info volunteers also have been passing food, water, and medicine to the arrested protesters, who have been held in the police stations for hours without food or water. You can donate to them here.This dude started making livestreams on his channel where he's accepting donations to help with the giant fines the arrested have recieved. The channel and the streams are only in Russian, tho.

** Pro-Kremlin activists put a lot of attention to minors being involved in protests. There are new laws specifically against involving minors in the protests now. They claim that the crowds at the protest consist of "brainwashed schoolers" and imply that the protesters are "hiding behind the walls of children". If you look at the videos, you'll find out that it simply isn't true. A lot of TikTok influencers have encouraged their followers to go to the protest, however, a lot of them also explicitly told minors to stay at home. Schools and universities did a lot of shady stuff trying to suppress the protesters, such as putting exams on the date of 23d, suddenly announcing Saturday is a school day, talking to students and pupils about patriotism, and promising to expel them immediately if their presence on a protest is to be discovered.

I CAST TRANS YOUR GENDER

Please tag your NSFW art with the NSFW tag. There were a few cases already where this didn't happen. This includes everything you don't want anybody else in your workspace to see. (Yes Naked people also belong into NSFW)

Untagged NSFW art is actually against the sites ToS and can be reported.

Minors can easily stumble upon untagged NSFW art in the discovery page. And if this keeps happening it might prevent Thell from making an app for the website due to the appstores not accepting the app.

im indeed back with another pixel bug. this time a moth!!


ahh thank you(not sure if i can reply to comments directly) but it doesn't save for me :c i'm really tired or rewriting it and not knowing how to save it after the update :/

to save your changes you have to hit submit at the bottom of the page (its under the queue options), it saves everything you changed above it on the page


ahh thank you(not sure if i can reply to comments directly) but it doesn't save for me :c i'm really tired or rewriting it and not knowing how to save it after the update :/

#im kinda a idiot too so that prolly doesnt help

peachjuice-blog
posted this
Time ago